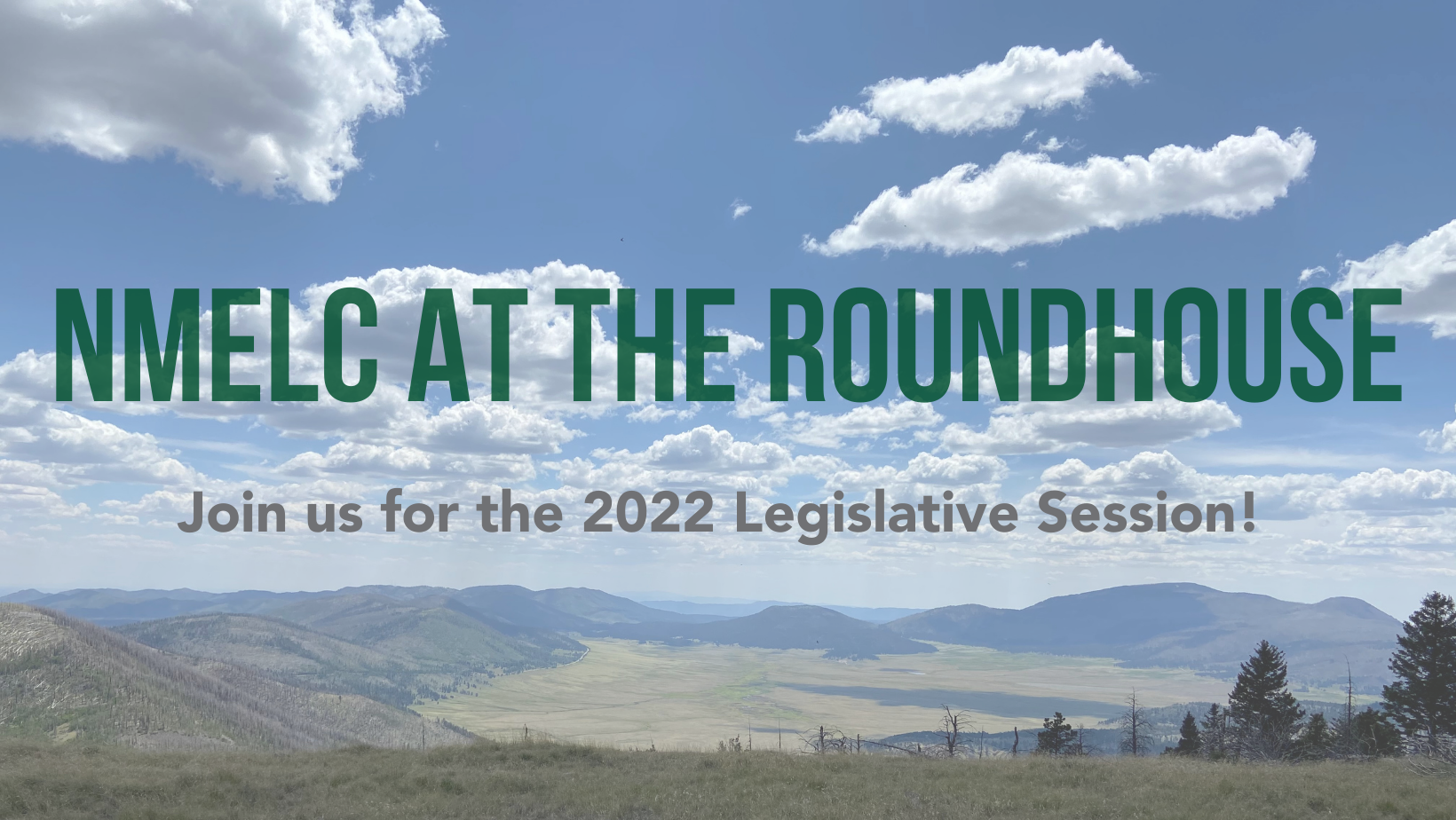 The Green Amendment proposes to “amend the Constitution of New Mexico by adding a new section of Article 2 that provides the people of the state with environmental rights, including the right to a clean and healthy environment and the right to protection of the environment.”

Talking Points can be accessed here.

The Senate version, SJR-2, sponsored by Sen. Antoinette Sedillo Lopez, has been assigned to three committees—Senate Rules, Senate Judiciary and Senate Finance. A handful of Senate Democrats tried to block the Green Amendment by voting to require that it go through Senate Finance Committee against the wishes of the bill’s sponsors. Those Senators are listed below, along with their phone numbers:

The House version of the Green Amendment is HJR-2, sponsored by Rep. Joanne Ferrary and Rep. Tara Lujan. Organizers say that, “If the amendment can advance quickly and successful through the House and then go over to the Senate, it means that procedurally there is the opportunity to secure a different committee review selection on the Senate side, bypassing the bad outcome [on Monday]. And so the near-term goal will be to focus on the House, and to seek swift review and approval so there is the time to secure better action on the Senate side.”

Take Action: We are asking folks to tweet legislators using this social media toolkit. Clicking on the name of the legislator will generate a tweet to them in support of the Green Amendment.

SB-89, Uranium Mining Reclamation–This bill, sponsored by Sen. Jeff Steinborn, would direct the Environment Department (NMED) to coordinate the state’s efforts to clean up and reclaim former uranium mine and mill sites and create the Uranium Mining Reclamation Revolving Fund, and is supported by one of our clients, the Multicultural Alliance for a Safe Environment (MASE).

Increased Penalties, which never got heard in Senate Conservation last session, would adjust civil penalties against polluters for inflation. This bill increases the Maximum Civil Penalties that can be collected under the environmental statutes by adjusting the penalty amounts for inflation that has occurred since the passing of each penalty provision. This bill covers the penalty provisions in the Air Quality Control Act, the Water Quality Act, the Hazardous Waste Act, the Solid Waste Act, and the Mining Act. The bill doubles the maximum penalties under these laws. It does not cover the Oil and Gas Act because that Act’s penalty provision was amended in 2019. Right now, the same monetary penalties have been on the books for 30–40 years. Monetary penalties are our best way to push polluters to change their practices and not violate New Mexico’s environmental protection laws. Senator Brenda McKenna sponsoring this bill.

NMELC joins with most other environmental groups who have deep concerns about the Governor’s Hydrogen Hub Act and the Hydrogen Hub Development Act sponsored by Rep Patty Lundstrom. At this time, neither bill has been introduced, but we have seen drafts circulating.

Both bills would prop up the oil and gas industry and are false solutions to the climate crisis. Ninety-nine percent of hydrogen production in the United States still relies on fossil fuel extraction; both of these bills would likely increase New Mexico’s continued dependence on oil and natural gas instead of investing in renewable energy infrastructure. At this point, NMELC, along with dozens of other environmental groups,  will most likely stand in opposition to this legislation. Here is a Fact Sheet distributed by Sierra Club Rio Grande Chapter on Hydrogen’s Climate Dangers.

There has been tremendous opposition to the proposed Hydrogen Hub legislation expressed in multiple media outlets including this recent commentary in New Mexico In Depth by Mario Atencio of Diné C.A.R.E.

Meanwhile, we do expect to see a memorial sponsored by Sen. Liz Stefanics that would call for hydrogen to be studied as a potential project in New Mexico. NMELC would support such a bill if it is introduced.

NMELC submitted comments [link to comments once they are posted on our website] on the Clean Future Act, HB-6, sponsored by Rep. Nathan Small and House Speaker Brian Egolf. We are concerned that HB-6 calls for “net” zero by 2050, instead of zero emissions, and that it would create a carbon market of offsets, which represent false solutions and not the reductions we need. We must reduce greenhouse gas emissions and keep global warming below 1.5 degrees Celsius (2.7 degree Fahrenheit) to avoid climate catastrophe. We must keep fossil fuels in the ground and reject false solutions that delay needed change. We are also listening to groups like YUCCA, Pueblo Action Alliance and SWOP who have stated that they won’t be supporting bills that continue to present false solutions to the climate crisis. Check out the Fact Sheet shared by Pueblo Action Alliance during YUCCA’s Energy Democracy Convergence on Jan. 17th.

The Law Center submitted comments on the draft legislation on January 18th. You can read them HERE.