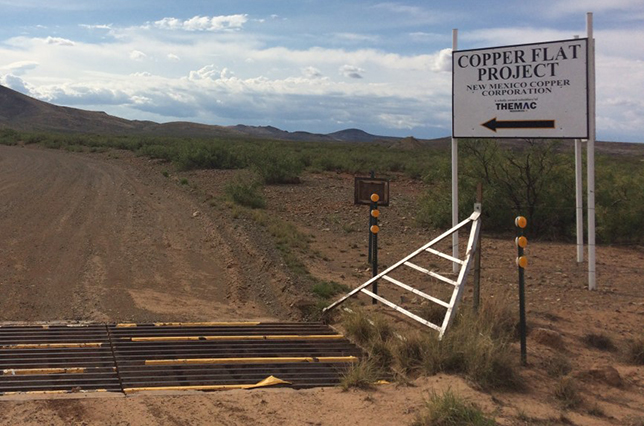 For the last four years in Green Fire Times, the New Mexico Environmental Law Center has shared our perspective on the top environmental issues to watch in the coming year. Three of those years focused on the gutting of environmental safeguards by the Trump administration; last year we reflected glimmers of hope, both on the national and the state levels, regarding environmental protection. A year later, we again take stock of efforts to hold both regulating agencies as well as industry and polluters accountable for contamination of air, lands and water. Here are our top-10 environmental justice issues for 2022….

END_OF_DOCUMENT_TOKEN_TO_BE_REPLACED

The New Mexico Environmental Law Center (NMELC) has announced the winners of its Annual Environmental Justice Awards for 2021. Four awards were given out this year including the yearly presentation of a tongue-in-cheek environmental injustice “award”— a mock “invoice” to the Toxic Polluter of the year for harming the environment and the health of those who call the Land of Enchantment home.

END_OF_DOCUMENT_TOKEN_TO_BE_REPLACED

SANTA FE — The New Mexico Environmental Law Center (NMELC) has announced the winners of its Annual Environmental Justice Awards for 2021.

The winners were celebrated during the NMELC’s Annual Member Appreciation & EJ Awards event held Friday, Dec. 10 over Zoom. The four awards given out include the tongue-in-cheek “award” for Toxic Polluter…

END_OF_DOCUMENT_TOKEN_TO_BE_REPLACED

After public pressure, ABQ Council confirms Pfeiffer to environmental board

Incoming commissioner becomes the first Indigenous person to serve, according to city sources.\

Albuquerque councilors confirmed the appointment of the first Native person ever to serve on the city government’s Environmental Planning Commission, according to city sources. She’ll also be the only woman on the board.

But it was only after public pressure and a letter-writing campaign from numerous organizations in support of the candidate, who said she experienced discrimination during the vetting process…

END_OF_DOCUMENT_TOKEN_TO_BE_REPLACED

NMELC Announces Recipients of its EJ Awards for 2021