Two decades ago, Crownpoint resident Mitchell Capitan worked as a groundwater technician for the MobilOil pilot-scale in-situ leach (ISL) uranium mine near his home. He saw first-hand, month after month, that MobilOil could not clean up the water that it polluted with the process.

When he learned that Hydro Resources, Inc. sought to open a new ISL mine near his home, he organized his neighbors into the Eastern Navajo Diné Against Uranium Mining (ENDAUM – see videos below from two ENDAUM members).  Two years later, in 1996, they approached the New Mexico Environmental Law Center for legal assistance.  We have represented ENDAUM ever since.

It’s been an historic case, with work at the local, state, national and international levels.  The stakes are high: the Westwater Canyon Aquifer currently supplies approximately 15,000 residents of the Eastern Agency of the Navajo Nation.  In addition, the tribal water planners declared that the aquifer will be an important future source of water to meet growing demands in the future.  The mines and processing plant would also add radioactive air emissions to an airshed that already exceeds federal air quality standards for radiation. 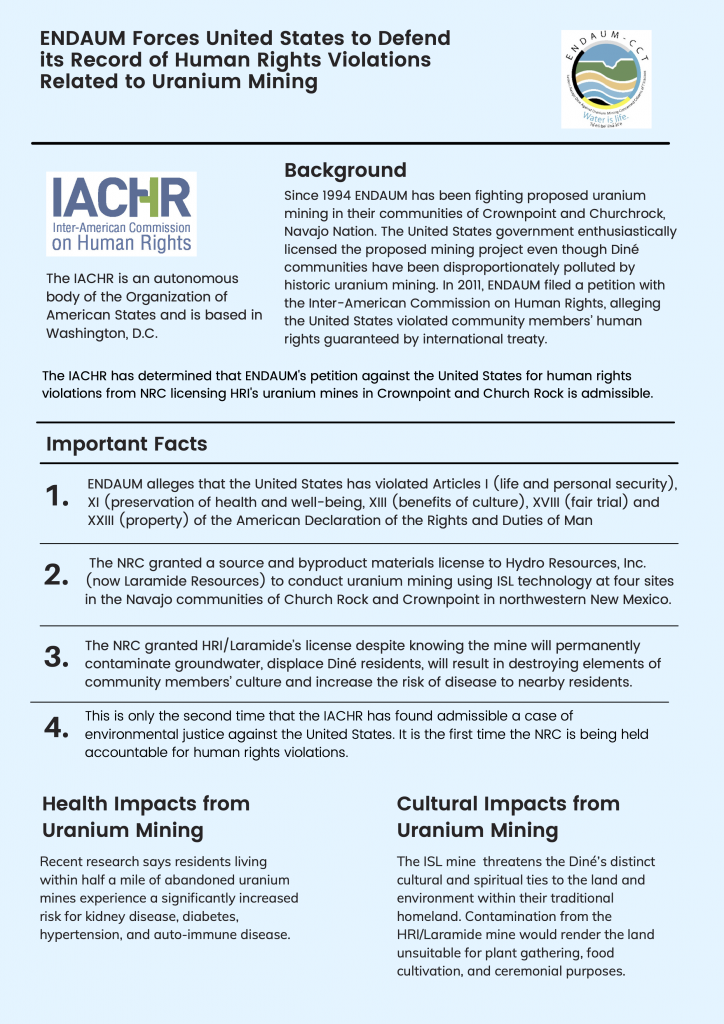 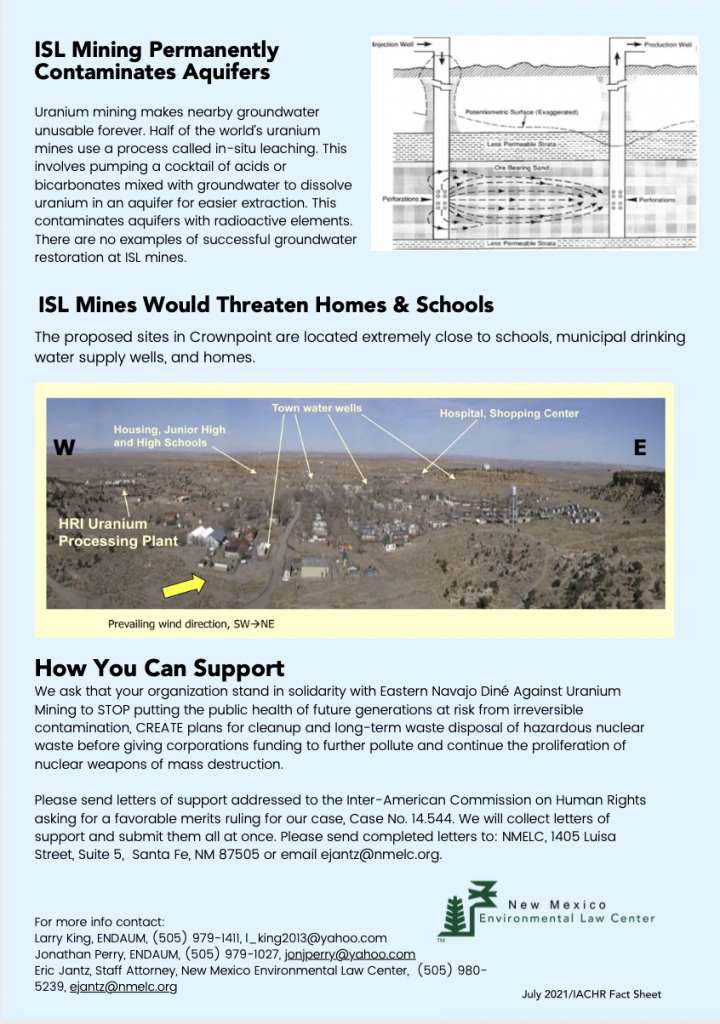 “It’s not over.” 13 Years Fighting Uranium in NM

The petition filed with the Inter-American Commission of Human Rights is the first time the NRC has ever been called out on human rights violations.

THIS FILING OFFERS ONE OF THE BEST IN-DEPTH SYNOPSES OF THE CROWNPOINT URANIUM CASE TO DATE.